Attractions and Shops in St Louis 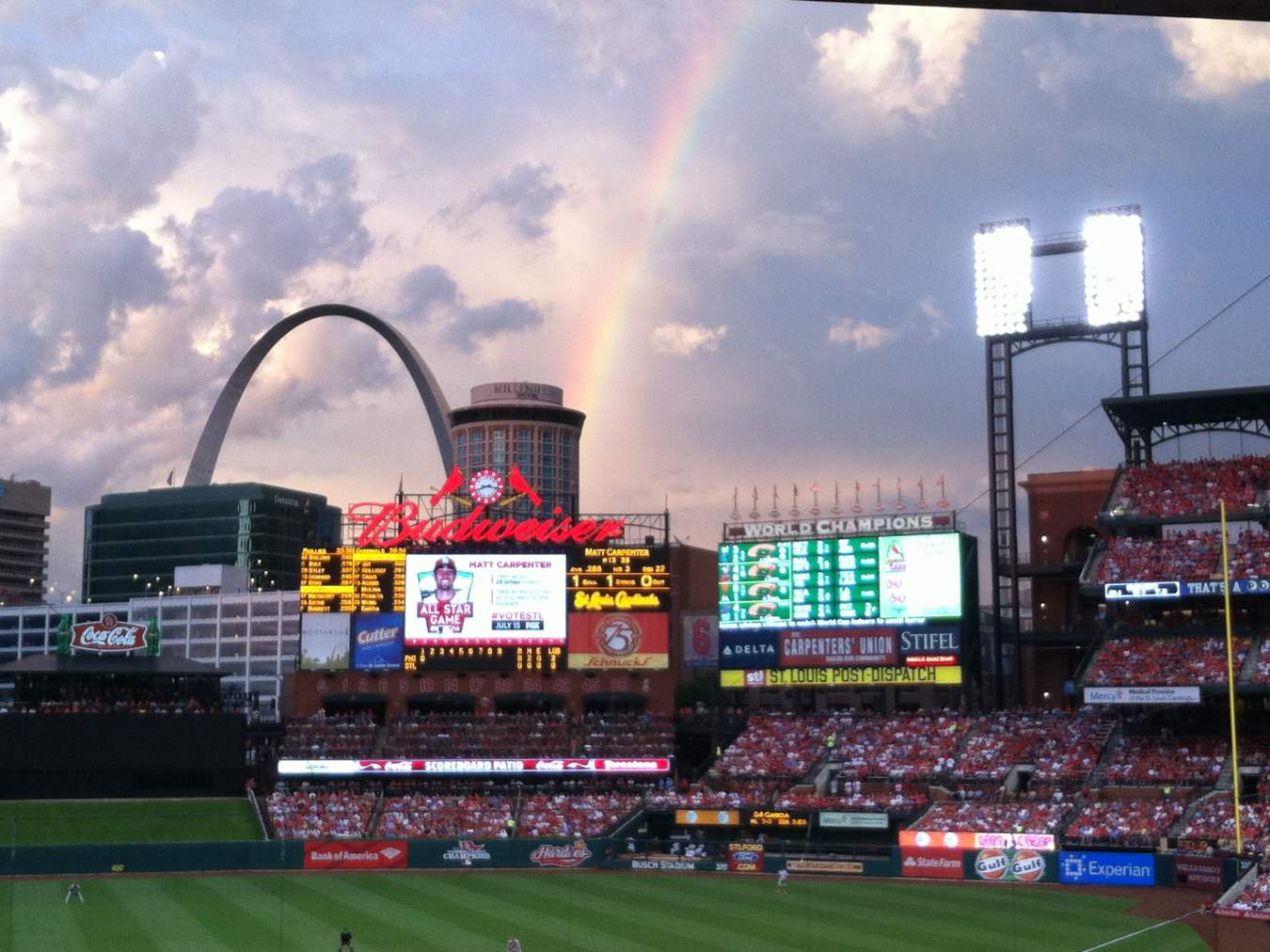 It’s a sunny afternoon in St. Louis, you are sitting in the upper deck at Busch Stadium, where you not only are watching one of the best baseball teams, but have views of the St. Louis skyline and the Gateway Arch, one of the most iconic structures in America.

As fans roam the large open concourses and take their seat to watch the Cardinals, they have one of the best views found in any ballpark. Beyond the outfield is the skyline of downtown St. Louis and the Gateway Arch. All the concourses are open including the upper level to allow fans views of the field. The main scoreboard is located above the seating area in right-centerfield with an out of town scoreboard to the right of the main scoreboard. The bullpens are found in left and right centerfield. From nearly anywhere in the ballpark fans have magnificent views of downtown St. Louis and the Gateway Arch. Busch Stadium has many gathering and party areas including the US Cellular Family Pavilion where fans can enjoy interactive games and activities, the Coca-Cola Rooftop Deck and the Backstop Bar.

Imagine your stay in a Romanesque Revival 1893 mansion, once home to Frederick W. Lehmann, Solicitor General under President Taft. Enjoy the secluded, quiet beauty and feel of a private estate, while conveniently close to the St. Louis Cardinals' Busch Stadium.

Busch Stadium is only 2 miles from quality accommodation, bed and breakfast rooms at Lehmann House

St. Louis Union Station combines historic elegance with modern and stunning detail. Luxury hotel rooms, breathtaking wedding venues as well as an expansive and modern conference areas, leave nothing to be desired. Union Station is and will be a future top tier family friendly destination featueing a one of a kind aquarium, a 200 foot Ferris wheel and many other family attractions.

St. Louis Union Station was once the largest and busiest passenger rail terminal in the world. It now serves as one of America’s great historic tourism destinations and event spaces! Union Station first opened in 1894, but ceased operation as an active train terminal in 1978.

Union Station reopened in August of 1985 as the largest adaptive re-use project in the United States geared toward St. Louis tourism, commerce, and events. St. Louis visitors can now tour the elegant 120-year-old National Historic Landmark including the Grand Hall, the jewel of St. Louis Union Station. It now features an innovative high-definition light show projected on the Grand Hall’s 65-foot tall ceilings and across the space. 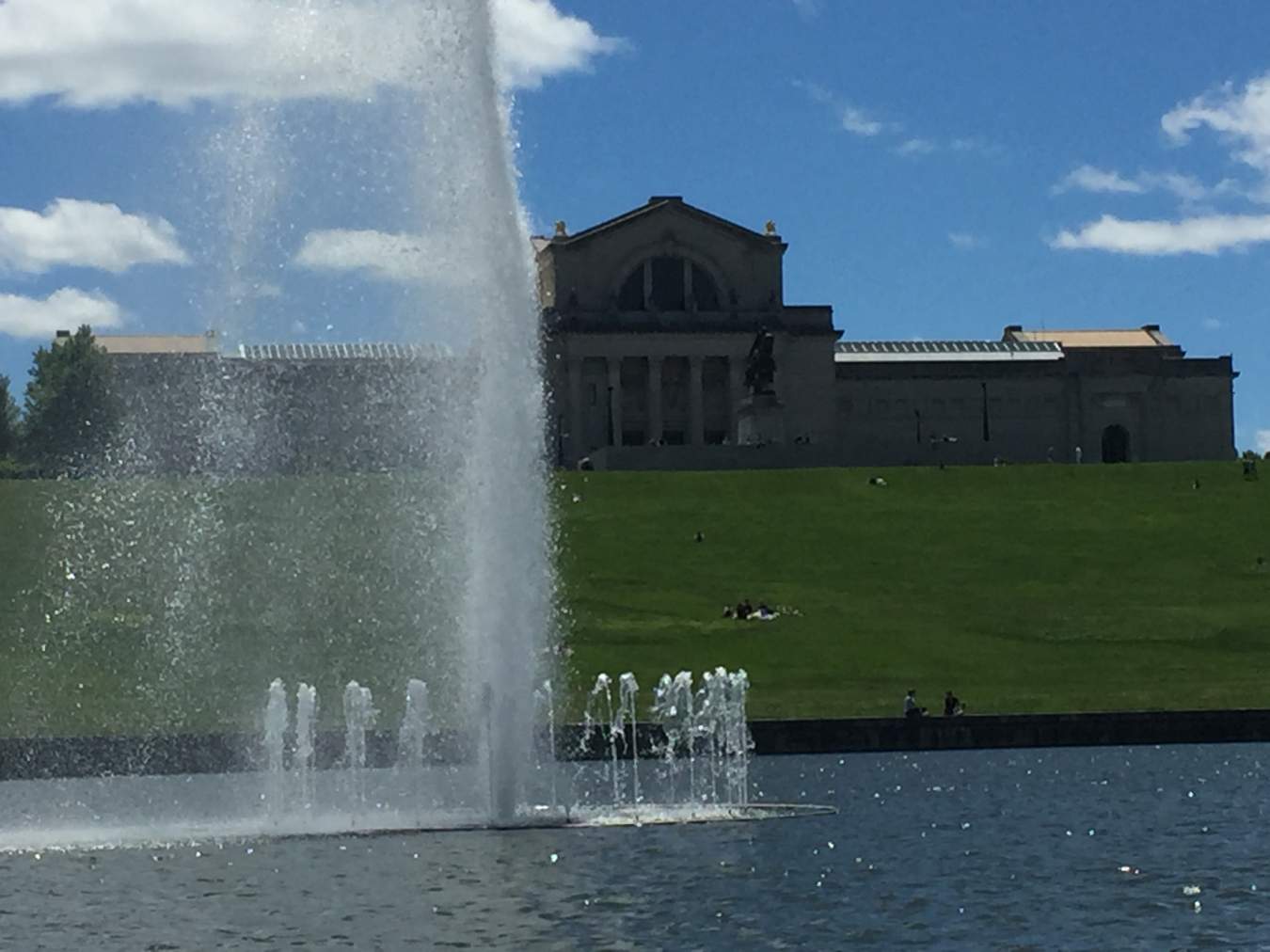 The Saint Louis Art Museum was founded in 1879. This museum’s comprehensive collections supports the inspirational and educational goals and democratic viewa the founder embraced. It began as a collection of assorted plaster casts, electrotype reproductions, and other examples of good design in various media. It rapidly hrew to a large and varied collection of original works of art spanning five millennia and six continents.

Today the quality and scope of the St. Louis Art Museum’s collection makes it one of the best in the country. 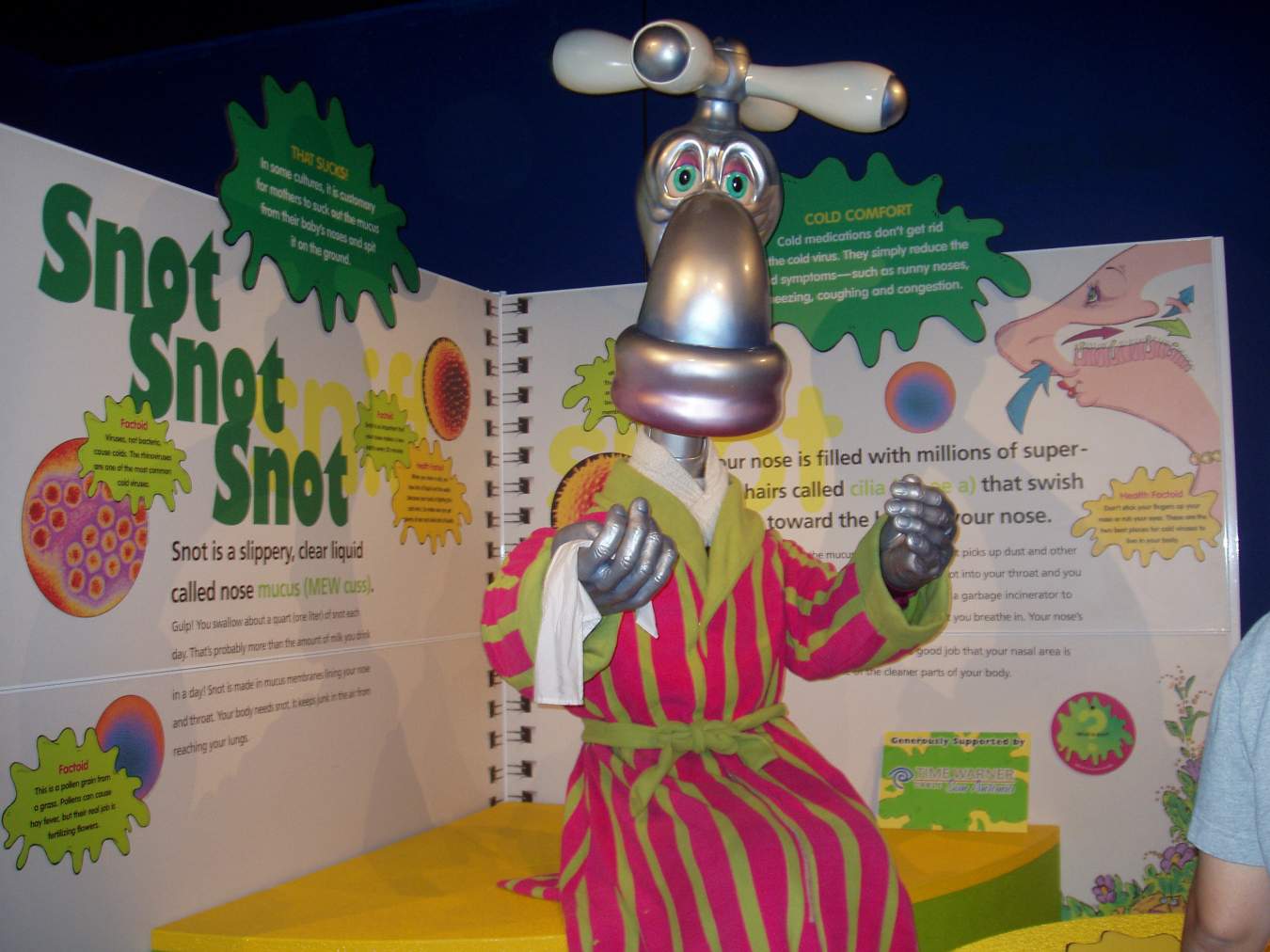 The Saint Louis Science Center is one of the top five science centers in the United States. It was r ecently named one of the Top 10 Science Centers for Families by Parents Magazine and one of America's most visited museums by Forbes Traveler Magazine. I'ts the only museum in Missouri to be named to either list. Its mission is to ignite and sustain lifelong science and technology learning.

The 50,000 square foot area previously used for the EXPLORADOME was renovated into GROW, an indoor/outdoor exhibit dedicated to the experience of the journey of the food supply from farm to fork. The agriculture exhibit opened to the public on June 18, 2016.

The Saint Louis Science Center is located four miles away from Lehmann House Bed and Breakfast. Admission is free but you do need to make reservations. 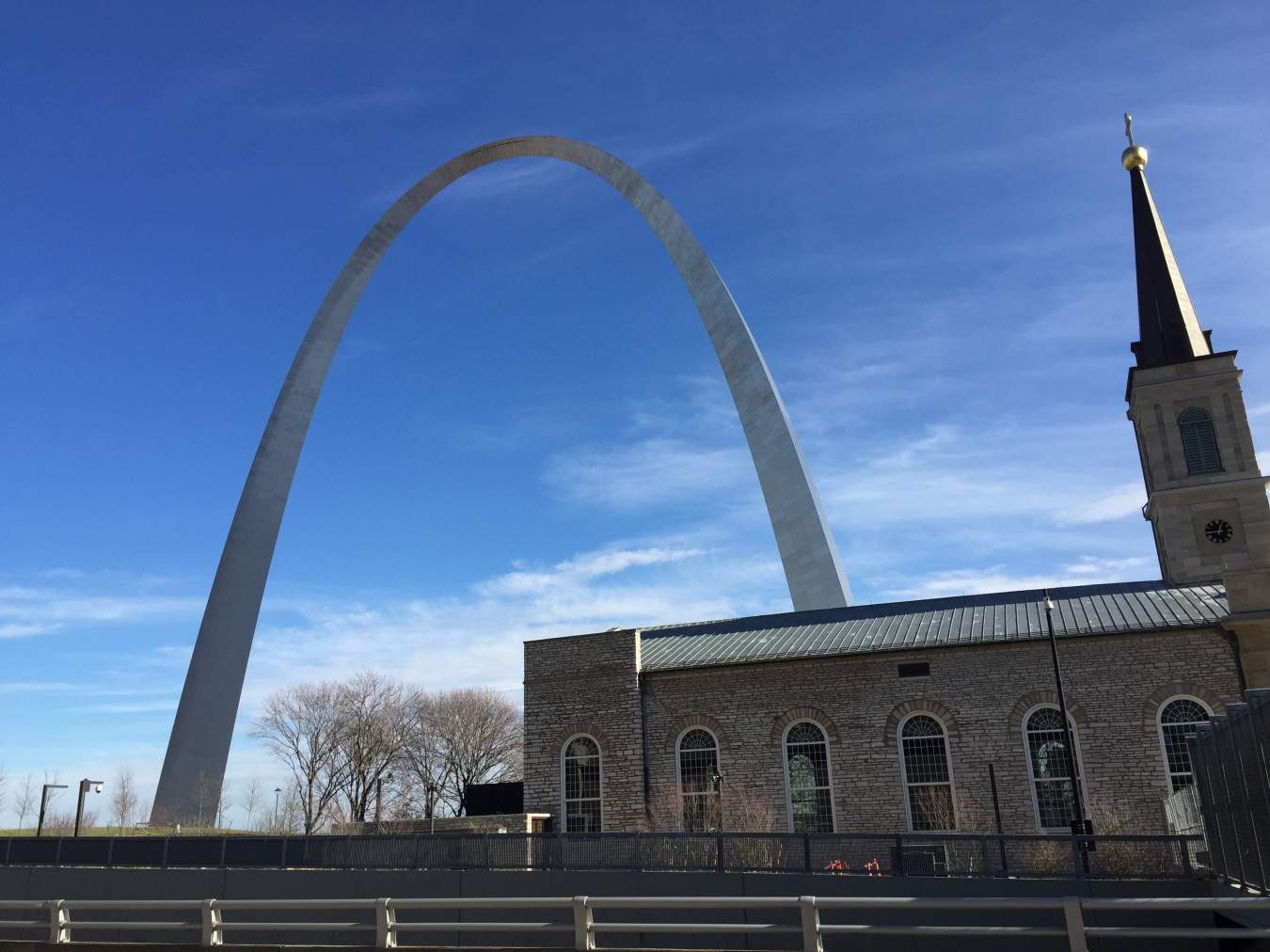 Your visit to the Gateway Arch is not complete without riding to the top of the awe-inspiring, 630-foot tall Gateway Arch. From the top of the tallest man-made monument in the United States and highest point in downtown St. Louis, you'll enjoy unforgettable views of the city and the Mississippi River.

Take a five minute ride up the leg of the Arch in an enclosed tram to the Observation Deck. You can see up to 30 miles in every direction on a clear day. Looking west, discover a breathtaking view of downtown St. Louis, including the Old Courthouse, Busch Stadium, Ballpark Village and the Edward Jones Dome. Looking east, observe the mighty Mississippi River and Illinois, as well as five unique bridges and a historical train trestle connecting Illinois to Missouri. Yake a three minute tram ride back down the leg of the Arch after unlimited time in the Observation Deck.

Fabrication Arts Center is a coalition of artisans creating in beveled, etched & stained glass, steel & wrought iron, copper, silver and wood. It is a single source fabricator of all types of custom metalwork, artwork and sculpture.

Fabrication Arts Center is a 5 minutes' walk from Lehmann House. 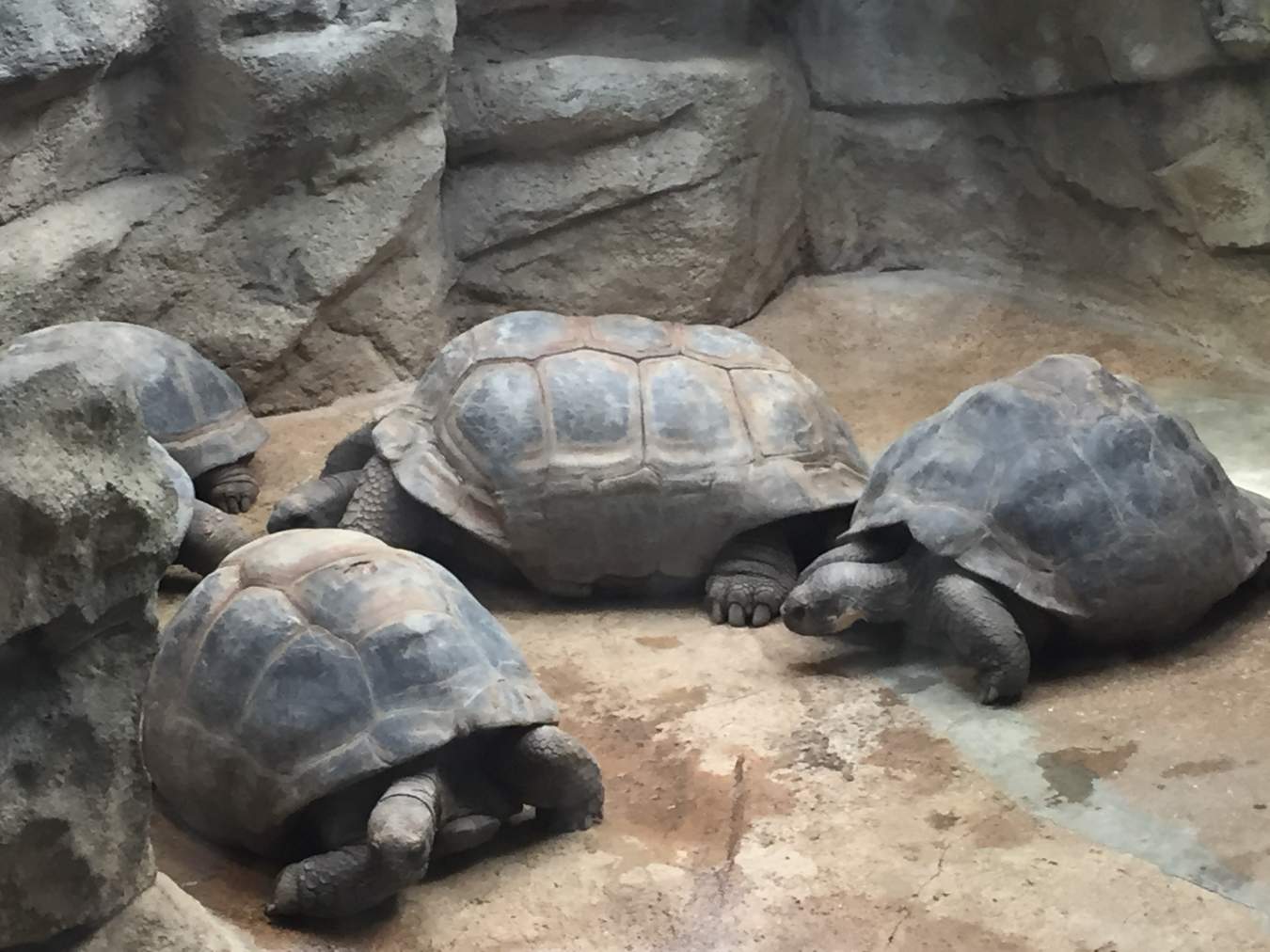 Located on 90 acres in Forest Park, the Saint Louis Zoo is home to more than 603 species of animals, many of them rare and endangered. It is one of the few free zoos in the nation and has been voted America's Top Free Attraction and often the Bset Zoo in America.

Since its 1910 founding, the, the St. Louis Zoo has been known for its beautiful naturalistic exhibits, its diverse collection of animals and its innovative approaches to animal management, wildlife conservation, research and education. The Zoo’s Education Department staff—-the largest among the nation’s zoos—offers programs designed to help visitors of all ages and abilities learn through experience, involvement and discovery.

Saint Louis Zoo is six miles away from Lehmann House Bed and Breakfast. 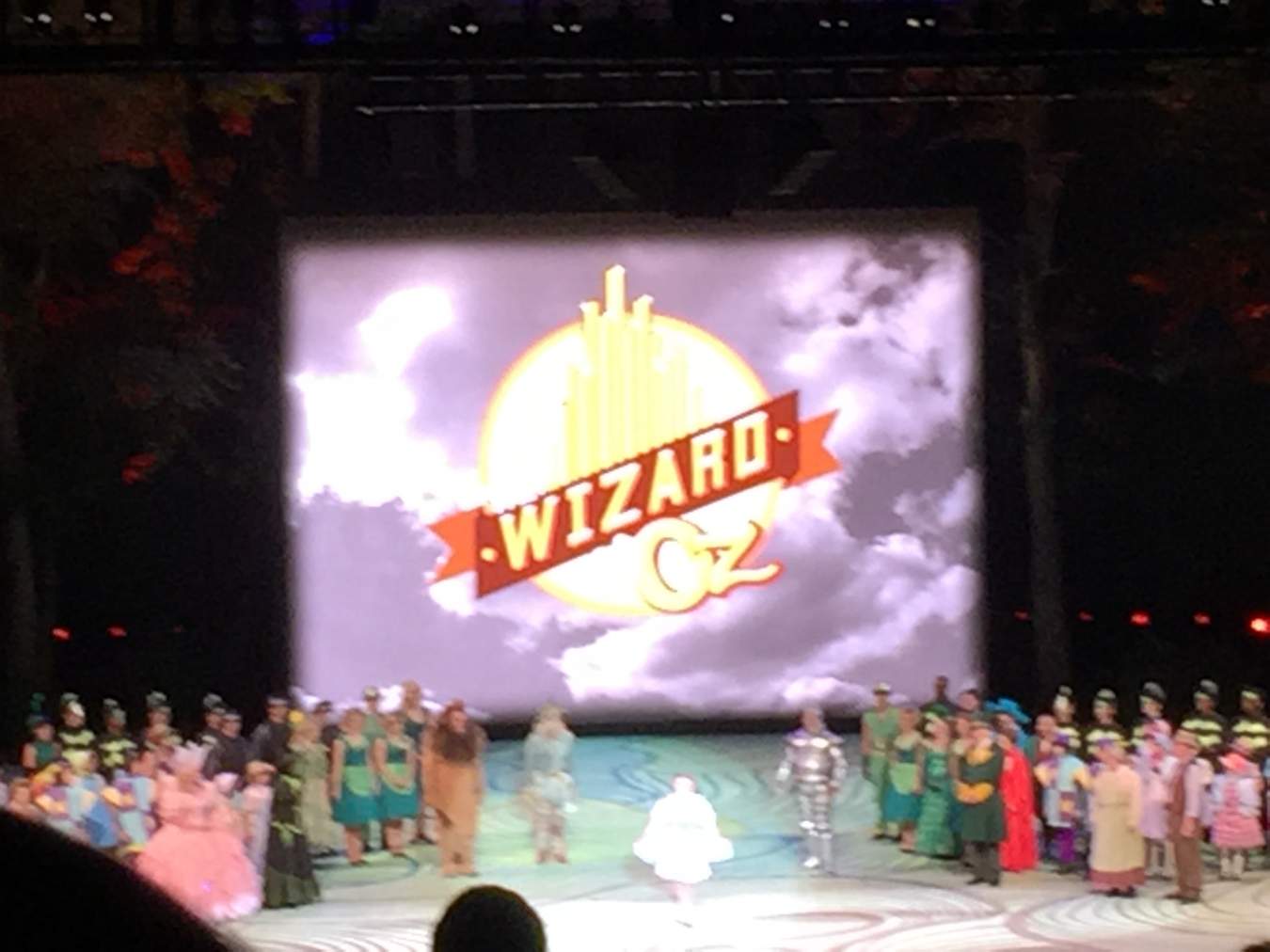 The Muny is the nation's oldest and largest outdoor musical theatre.

The St. Louis Municipal Opera is locally known as The Muny. The theatre seats 11,000 people with approximately 1,500 free seats in the last nine rows that are available on a first come, first served basis.

The Muny produces all of its musicals, typically seven each summer seaon. During the winter, a full-time staff of about twenty people prepare for the next summer season. During the season itself, the summer staff expands to include more than 500 people in various positions.

Shows run from Monday to Sunday, although there have been exceptions to this, particularly when at least one production has an extended run.

The Muny seasons run every year from mid-June to mid-August.

The Muny Theatre is six miles from Lehmann House. 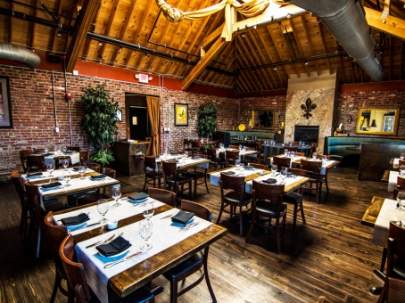 Stunning original and unique architecture features like high ceilings, grand arched windows, an open air elevated loft overlooking the bar, skylight cathedral ceiling and French doors adds to the unique dining experience.
Vin De Set is a top-shelf choice for a simple and relaxing night out, or a secluded and romantic evenings!

Vin De Set is a 10 minutes' walk from Lehmann House